Me: . . . [I]f you sat down to play a game of, say, swashbuckling adventure, why did you create a character who desires neither swashbuckling nor adventure?

TheBigDice: What if I want to play a Jesuit priest? Someone completely genre-appropriate. But that doesn't own a sword, has never had any training in swinging from chandeliers and has no intentions of ever personally killing a man. Of course, he's got political acumen, contacts and social skills. He's a completely functional character for the setting. He just needs a reason to adventure, a push out of the door.

Me: Then he's not genre-appropriate as a swashbuckling adventurer. He's suitable as a period-appropriate npc, not a player character.

TheBigDice: See, now we're getting somewhere. What you're actually saying is, in a swashbuckling adventure, everyone must play a swashbuckling adventurer, or the campaign isn't about what you as the GM wants it to be about. So we're not actually in a true sandbox here. It's probably got aspects in common with a sandbox, but given that you're saying no to a primarily social character in favour of action oriented ones, I wouldn't say that the "open world" ethos is really on the table. If you're unwilling to accommodate a character that talks his way out of situations rather than fights his way out of them, and aren't prepared to give what [Mike 'Old Geezer' Mornard] described as an unwilling adventurer the push the character needs, then are you really giving your players the freedom that a sandbox seems to demand?

There are things I don't write about because I know that can't do them justice.

I like forum discussions because they give me a chance to discuss games and gaming styles that I don't really understand, that are too far removed from my interests or experience for me to say anything I consider meaningful about them. While blogging as a medium works well for developing an idea, forums are a great place for asking questions. 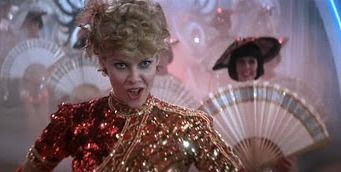 I mention this because while I believe TheBigDice is sincere in his responses, I think the fact that he doesn't like sandbox game-worlds colors his interpretation of how they work in play, and in this instance I think it leads him to a pretty significant misapprehension.

Put simply, a sandbox game-world isn't the same thing as a kitchen-sink setting.

When I pitch my campaign, I believe I'm very clear about what it is and what it isn't: "Le Ballet de l'Acier – The Dance of Steel – is a swashbuckling adventure campaign set in 17th century France for the Flashing Blades roleplaying game. This is the age of D'Artagnan and Diego Alatriste, Gil de Berault and Percy Blakeney, Cyrano de Bergerac and the marquis de Bardelys, Lady Clarick de Winter and Madeleine de Maupin, an age of honor and intrigue, where a stout heart, a strong wrist, and cold steel could bring fortune or death."

In fact, I outlined the campaign premise before I settled on using Flashing Blades; one of the reasons I chose FB is that the chargen rules produce swashbuckling characters. It is a core conceit of the game. Sure, you can play a Jesuit priest if you like, but it's a game designed for you to play Aramis, not Fray Felipe, and that's one of the reasons I picked that particular game over the many other choices available to me.

The campaign I choose to run - the campaign I offer to interested players - is one of swashbuckling adventurers. It's a campaign which celebrates the genre; it doesn't attempt to deconstruct it. Within that core conceit, there is wide latitude. You can play a priest like Aramis, as noted above, or a courtier and saloniste in the mode of Francisco de Quevedo, or a doctor and surgeon in the style of Captain Blood or Doctor Livesey. You can play a character who is witty and attempts to use persuasion and guile to achieve his ends.

But if your first inclination on being invited to play in a game about swashbucklers is to make a character who is not a swashbuckler, then really, how engaged are you with the campaign?

A sandbox game-world isn't a featureless plain of sand. It has boundaries. It has conceits. And one of the referee's jobs is to sell those to his players, and one of the players' jobs is to accept them. There may be negotiation by all parties around those boundaries and conceits. Showing up with a character who ignores those conceits, however, and expecting the referee to acquiesce 'because SANDBOX!' reflects a fundamental lack of understanding about the way a sandbox game-world is prepared and run.

And if, as a general rule, you don't like something, you're probably not the best person to talk about how it's supposed to work.
Posted by Black Vulmea at 2:03 PM